To most people are just random words, but to video game geeks these catchphrases are synonymous with the Phoenix Wright franchise of courtroom drama and detective work.

As one would expect from a game of this nature, it’s quite cerebral and requires you to think outside the box while coming up with inventive solutions to some insane scenarios. The games often involve the rather outlandish storylines where courtroom drama and supernatural activity tend to go hand in hand (it’s all part of due process according to the people behind the game at Capcom).

So when Pheonix Wright was shown as a guest character in the upcoming fighting game ‘Ultimate Marvel versus Capcom 3’, it was met with mixed reactions from the fans.

It’s a rather disjointed transition from methodically solving puzzles on a touchscreen portable device to pushing buttons in a popular fighting game on a home console, and Ultimate Marvel versus Capcom 3 (UMVC3) is a game that requires you to button mash more than most others in the genre. In fact, as current fighting games go it’s probably one of the most fast paced and visually exhausting one’s on the market. During each frantic match it’s quite common for the entire combat area to explode as characters unleash their ‘hyper combos’ on their unsuspecting victims.

Phoenix Wright’s hyper combo sees him collecting evidence against his opponent and prosecuting them for big damage. His normal moves involve examining the fighting area for clues while dealing damage almost accidentally to his opponent (a la Mr Bean).

It’s something that I’m sold on though.

UMVC3 is shaping up to be a ridiculous game that has to be seen to be believed, but watching Dr Doom getting killed by the law is something not to be missed. 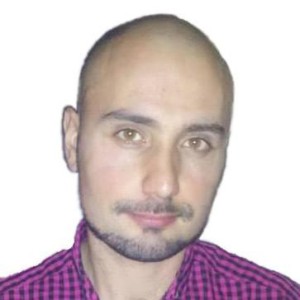 Pick of the Geek – Delicious in Dungeon

ZOINKS! The Winchesters Get Animated