Pervasive games [1] seek to blur the defining line between reality and a state of play by expanding the game state into the ordinary life of a player through spatial, temporal and/or social means. Sean Stewart (the head writer for ‘The Beast’, one of the most influential early alternate reality games (ARG)) has stated that the nature of such games “is to make the “magic circle” of a game not a barrier, but a membrane, to let game and life bleed together so that game becomes heavy with reality of life, and life becomes charged with the meaning of game”.

I am going to be talking about the ‘magic circle’ a lot so it’s time to clear up any confusion. This has absolutely nothing to do with magicians or their form of magic, so there will be no David Blaine’s or Dynamo’s here.

We have already established that the boundary between reality and a game state is defined as a ‘magic circle’ but that’s quite difficult to come to grips with. The concept boggled my mind for a while before I truly began to understand it, so I hope you have your imaginations warmed up.

Imagine we are at the Olympics for a moment, and are in the crowd watching the finals of the boxing (or another form of combat with designated boundaries). The people around us are avidly watching the sport and go wild for the victor. In this example, the boxing ring acts as a clear defining magic circle that shows that the athletes on the inside of the limits of the play space are taking part in a game rather than real fighting.

If we now imagine we are on the streets witnessing such activity, I doubt the majority would find these actions to be quite so tolerable or acceptable.  At its worst, you might call the police rather than watch the combat for fun.

(If this were taking place on the streets, would you be so forgiving?)

The above example is prime material towards the concept that the rules of reality can be drastically changed by the introduction of a magic circle that people are aware of. As you can see, the introduction of a different environment can completely change your reaction to an action that has not changed. When you stop to think about it, it’s impressive how people can alter perception and opinion so easily, and make potentially frowned upon actions acceptable (and vice versa).

Whilst play often occurs within proper boundaries according to fixed rules in an orderly manner, it should be noted that magic circles can exist a in state that has no physical boundaries, but are instead governed only by the player base. For example, a pervasive game may have a rule that allows play to occur in any space at any time, but players have to wear superhero costumes to do so. In this instance, there is no set spatial boundary, but an outsider would understand that the people involved are engaged in a playful activity due to their unusual attire, thus changing their perspective and starting a magic circle.

Since video games clearly contain both structure and rules (in contrast to free-form sandbox play), the magic circle can be strongly defined, and therefore it is possible to combine the elements of pervasive gaming into the virtual world. Recently we have seen games such as Portal 2 (and before that Halo 2 with ‘I Love Bees’), use ARGs to generate viral marketing, showing that the video games industry has begun to accept these elements, and we could well be seeing them more frequently over the next few years. Yet this begs the question: do you want your personal life to be influenced directly by a game?

Speaking from personal experience, having everyday life influenced so powerfully by a game gives you an entirely new perspective on life, and whether you are comfortable embracing this change is what makes the decision. I remember vividly being involved in a month long game of ‘assassin’ at university, a game which, at its simplest, is about committing fake murder on your unsuspecting targets (who are also involved in the game), with points being given for style and stealth amongst other things. While I already had experience with this game, knowing that my journey to and from university could be my downfall changed my lifestyle and routine just to succeed. I found myself suspicious of everyone including my friends, ran cleaner routes to ensure I wasn’t being trailed, and took a different route every day. You may laugh at how seriously I took the game, and sometimes when I look back at it, I do too, but the emotions I felt whilst I was playing and the actions I took were all the direct cause of a game that I had chosen to play.

Prof. Jane McGonigal (author of ‘Reality Is Broken: Why Games Make us Better and How they Can Change the World’, a specialist in pervasive gaming and Director of Game Research & Development at the Institute for the Future), has claimed that the constant axiom of games development is that modern gamers want highly immersive and realistic gameplay. By drawing on the nature of real people and physical objects and spaces to create an alternate form of immersive gameplay in the ‘real world’, pervasive games seek to solve this problem, and in some cases succeed in blurring the boundary between reality and play. Considering that modern gamers have a consistent need for more immersive and realistic gameplay, it would seem a waste not to explore the techniques that could bring a virtual world more in line with the real world.

After all, who would be able to complain that the real world is not ‘realistic’ enough?

It should be noted that the theory presented here is not set in stone, nor do I claim to be an expert on the topic of pervasive gaming. If this genuinely interests you and you wish to know more, please feel free to contact me for additional information or references to other researchers. Hopefully this article has provided you with valuable insight into the magic circle, and you are now thinking about how we can break free in our own ways.

Before I close off, I would love to hear about your experiences with pervasive games, or generally from outside the magic circle. The great thing about these games is that there is always a story to tell at the end and if you would like to share yours then please get in touch with us. 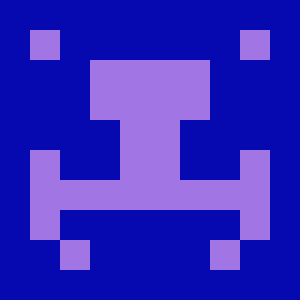 E3 Timetables – When, Who and What Time for UK Fans.

Worlds Most Expensive Pokemon Card Up For Auction