Side scrolling, simple gameplay and retro looking – this is Flappy Bird and was released for android and IOS smart phones and tablets in 2013. It’s simple controls and familiar looking obstacles (that seem to have been taken from video game past) made this a smash hit for the casual gamer and has seen YouTube users recording videos of their personal attempts. It spawned many look-a-likes and variations that were released as online flash games, cashing on the major success of Flappy Bird.

Controls are simple enough; tap the screen to keep the bird flappin’ (or click the mouse on certain versions of the flash game), and the objective is even simpler – keep the bird a flappin’ and don’t fly into any obstacles. For every one of the Super Mario styled tunnels you avoid hitting your score increases by 1, there are no levels you simply keep on going until you hit a tunnel and then its game over. The goal for the gamer is to rack up as high a score as possible.

This really is the simplest game that anyone could play and took flight like few others upon release, with over 50 million copies downloaded in 2013 before its creator, Dong Nguyen, removed it from app stores.

For all its simplicity, the game is frustrating as it takes a decent amount of time to get into a flow, beating your personal best and beating the 10 point mark. Which is the question that matters most with Flappy Bird, why keep playing if it is so infuriating? The answer is as humble as the game, it’s because the simplicity makes it annoyingly addictive and you soon find yourself lost in the game until the following morning when your alarm blares and you realize it’s time for work or school again. It’s hard to put down a game when it’s so easy to play. Part of this is because any game this simple should be easy for the average gamer, but if you’ve ever learned anything from the Tetris’ and Pacman’s of the world – that is never the case. This leads you down the dangerous path where nights are plagued by thoughts about how an angry bird in Mario’s back garden will not best you. Few games consume you like Flappy Bird.

Despite the game being nothing more than a pest it does a full U-turn after a few hours becoming amazing fun again, like that moment when the song ruined by radio stations playing it on a loop becomes cool again. Maybe like replaying “I would walk 500 miles” by the Proclaimers on loop, maybe not, it depends on how much you are willing to put in.

Flappy Bird is a game where there are no objectives, no clever characters and no interesting plot points, but it still keeps you hooked because you feel you should be able to play it without a problem. Perseverance and pride are the playthings of this IOS & Android Game. Does this make it a good game? Who knows? But it is certainly great fun while it lasts.  (This should definitely come with a “Warning: This Game is Highly Addictive” label on it) 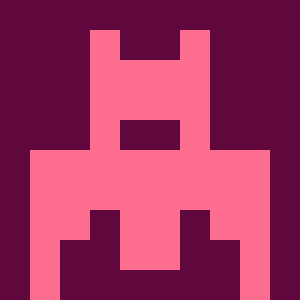