TNA Wrestling is in trouble. What was just a few months ago largely considered to be the number two Wrestling promotion in the world is now arguably the number four wrestling promotion in the USA alone, behind NXT, Ring Of Honor and, of course, WWE. The reasons behind this rapid decline are plentiful; mind-boggling storylines, the move to Destination America and the worryingly thin roster to name just a few. Time truly is running out for the Nashville-based organisation and it appears that drastic measures are about to be taken.

As far as continuing to exist in their current form goes, TNA only has one throw of the dice left to convince their fans, network and talent that they are worth sticking by. Worth their time and money. Worth one more shot. And last week TNA made their move. They went all in. They stood up and looked wrestling fans around the world in the eye and laid their cards on the table. TNA’s last attempt to stay in the game will be with the most mythical, elusive play in the book. TNA is going to give us an invasion angle. An invasion angle spearheaded by Jeff Jarrett.

Yes that’s right, TNA’s Knight in shining armour comes in the form of the 47-year-old, guitar-carrying owner of Global Force Wrestling, Jeff Jarrett. Admittedly, wrestling fans have been waiting for a well thought out inter-promotion invasion storyline for some time, and you could argue that this invasion could not possibly be done any worse than the WWE-WCW debacle of 2001. But from the get-go this GFW-TNA fiasco seems about as rushed, desperate and about as botched as any other major storyline TNA has attempted in the past year.

Firstly, TNA just last week recorded 2-months’ worth of television shows, none of which featured Jeff Jarrett in any way, shape or form. However they then opted to pull the trigger on the Global Force Wrestling Invasion live on their pay-per-view on Sunday. All of which basically means that, although the Invasion has technically begun with Jarrett winning the newly created ‘King of the Mountain Title’ (I don’t know what that is either), there will be literally no story development until late August at the absolute earliest.

The second glaring issue is the fact that a struggling wrestling brand is giving free airtime to one of their direct competitors with no obvious gain for themselves, as I can guarantee that Global Force Wrestling isn’t bringing any new eyes onto TNA seeing as it pretty much doesn’t even exist yet.

The final question that needs to be asked is why, in the name of all things Holy, have the powers that be decided that Jeff Jarrett is the ideal candidate to lead this Invasion? Global Force Wrestling has a roster of younger, more legitimate, more relevant stars who could grab this calamity by the horns and get fans talking and engaged in both brands. But instead they have opted for a man who still carries a guitar to the ring despite it not being relevant to his character in about 20 years. A man whose relevance has been on a downward slope since 2000 when he laid down for Hulk Hogan at Bash On The Beach. A man called Jeff Jarrett. And his wife, who was also there, for some reason. 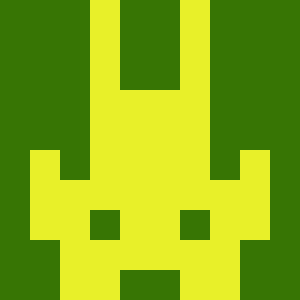