Originally released in the late ’90s for the first Playstation, Suikoden was finally re-released as a PS3/Vita port on the European Playstation Network in 2015. A good deal of credit for this should go to the Suikoden Revival Movement, who have been petitioning Konami for the last five years to make the first two games in the franchise available worldwide, but given the lean sales and mixed reviews faced by the Suikoden series, the question is – was it worth it?

Based loosely on the ancient Chinese story of Shui Hu Zhuan, Suikoden follows Tir McDohl – the son of a great general of the Scarlet Moon Empire. With his father called away to war, Tir proceeds to undertake missions for the empire with the assistance of his family’s retainers, and through these “quests” it quickly becomes apparent that the Empire is a bastion of cruelty and corruption. After coming into contact with elements of the Liberation Army Tir finds himself in a position of leadership, and he must rally allies, ready his army and overthrow the emperor.

Konami’s delivery of this story is generally a little flat but it does possess some interesting qualities. Early on Tir is given the dubious honour of becoming the bearer of the Soul Eater rune – which brings some interesting twists and turns to the otherwise straightforward plot. There are also some stand-out characters whose voices more than make up for Tir’s silent protagonist routine, but some irregular translations can make the dialogue stilted in places.

There are three types of battle the player can become embroiled in through the course of the game: enemy encounters, army battles and duels. The first type follow the established JRPG battle forms and up to six warriors can square off against their foes. The 2.5D angle gives these battles some life and the Unite moves – where specific characters pair up to perform unique attacks – add an extra layer of planning to team management.

The army battles and duels are injected into specific points of the story and introduce some welcome variety to the game. Both of these play out in a rock-paper-scissors fashion and early on these choices can be a sweat-inducing gamble – especially as playable characters can die permanently as a result of foolish choices. Unfortunately the tension of bleeds away once players learn the tells and gain access to spies.

Suikoden is an old school JRPG which means it is more than prepared to punish reckless players and cares little for time or tears – so regular saving is a must. In order to unlock the ‘best’ ending Tir must recruit all 108 ‘Stars of Destiny’ and keep them alive throughout the game (corpses don’t count). These characters are scattered throughout the world and most simply require  the player to stop and chat for a moment before they pledge themselves to the rebellion. It’s a little bizarre and exposes a fundamental problem with Suikoden’s ambitious cast list – only a small portion of the 108 named agents who join the rebellion could be considered true characters. The rest exist simply to populate the Liberation Army’s stronghold and give the rebellion a larger sense of scale.

Finding the Stars of Destiny during Tir’s journey is a fairly straightforward task thanks to the limited set of sprites the game re-uses, and whenever players enter a new town a simple game of ‘spot the main characters’ can quickly determine how many new recruits can be gathered. Compared with the likes of Chrono Trigger – which came out on the SNES in the same year – Suikoden’s graphics are underwhelming. There are a few lovely areas and some imaginative monsters, but overall the game was lacklustre in its own time – and it hasn’t improved with age.

So is this game worthy of its five year crusade?

Suikoden is a smorgasbord of interesting ideas with a playtime that clocks in around fifteen hours, and it’s quite easy to get into and complete. Unfortunately the simplistic story and uninspiring visuals make it difficult to recommend, and if it was the only target of the Revival Movement then the whole venture could have been considered a big fuss over nothing – but thankfully that isn’t the case.

Tune in next time for the review of Suikoden 2 – the charismatic second child in Konami’s ambitious-yet-troubled franchise. 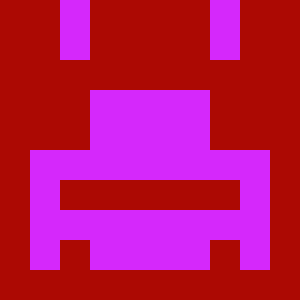