The long-awaited next instalment of the Metal Gear franchise is finally here, and it is something Hideo Kojima and Konami have made sure will not disappoint. Metal Gear Solid V: The Phantom Pain continues the story of Big Boss, who after waking up from a coma must build an army (Diamond Dogs) to exact revenge on Cipher, following events of Ground Zeroes.

The first thing the player is pulled into is the prologue, this hour-long spectacle features a very dramatic cover version of David Bowie’s Man Who Sold the World performed by Midge Ure, a musical number that perfectly suits the dark and gloomy mood while introducing the player to the 1980’s setting. After this intense and cinematic introduction, gameplay takes centre stage allowing the player to bask in the beautiful graphics. From the deserts and mountains of Afghanistan, to the forests and often rainy plains of Africa and the sea surrounding Mother Base in the Seychelles, it is all stunning.

Gameplay takes priority distancing itself from past Metal Gear Solid titles especially Guns of the Patriots. The game itself feels like a greatly expanded Splinter Cell Blacklist; with multiple missions and side ops including eliminating soldiers and units, rescuing prisoners, capturing wild animals and hundreds of other operations.

The main focus is to create and establish a Mother Base by extracting soldiers, weapons, cargo, vehicles among other resources in the field usually via the Fulton Balloon device. Any GMP (money) earned along with resources gained help build platforms, operations, new weapons/items for use on missions and an abundance of upgrades. Additional customisation and extra buddies add to an experience of seemingly never-ending variety in your role of building an unstoppable fortress, this gameplay focus in constructed like an expanded version of earlier instalment, Peace Walker. This is expanded further via the player’s ability to create extra FOB’s (Forward Operating Bases) in an online spin where it is possible to raid other players resources.

There are next to no bad gameplay aspects, the AI is smart to the point where enemies adapt to your patterns forcing you to constantly adapt your style. If you always choose to infiltrate outposts at night, guards will start wearing Night Vision Goggles, or Gas Masks in response to Sleep Grenades, helmets if you try head shots too much, it’s very diverse. Phantom Pain is a game which can keep you coming back for well over a hundred hours, if you chose to follow the game to 100% completion, this is the aspect that’ll keep that experience fresh and interesting.

In addition to this is your classic Metal Gear humour and touches, as found in collectable cassettes. These range from your classic 80’s including tracks from Ultravox, AHA and others to more useful cassettes which when played out loud in the right scenario assist in some way. Music cassettes are also made available to equip to your helicopter speakers, so you can enjoy your favourite 80’s tracks as soon as your helicopter enters the area for boarding.

As good a game as Metal Gear Solid V: The Phantom Pain is, there are a few drawbacks. Firstly building Mother Base is a key part to the game, however the player is limited to how the base looks visually. The colour and emblem are customisable, which is a nice touch, but that’s about it.

Also in relation to story mission elements, when the player reaches Chapter 2 the number of new missions and story content steadily decreases until the last 5 main story missions – instead opting for repackaged versions of previous missions, such as stealth only or takes with increased difficulty curves. Its repetitive, but given the joy of the combat it’s not as much of an issue as it would in other titles.

They are still some amazing story missions within Chapter 2, one in particular plays with emotions so much it can outshine the majority of past emotional beats in the whole series. An aspect that can also not be ignored is a plot-line that is clearly unfinished and a scene that hints towards a plot-line never materialises. A final hindrance to the game is having credits at the beginning and the end of story missions. Seemingly meant as introductions to each ‘episode’, they can get under the player’s skin if completing more than one mission in a sitting, or a spoiler if any main characters are making a ‘guest appearance’ in an upcoming episode.

Overall Metal Gear Solid V: The Phantom Pain takes a complete new spin on the franchise. The game is visually stunning, provides an excellent storyline and has addictive gameplay that is fun and has high replay value. The game will benefit those both familiar and unfamiliar with the Metal Gear franchise for different reasons. Those unfamiliar will love the gameplay and can get countless hours from Side Ops alone, while series’ fans will see familiar faces from past titles and story developments that shed some light on past titles. The positives definitely outweigh any negatives and it can only improve with the future addition of Metal Gear Online in the coming months. 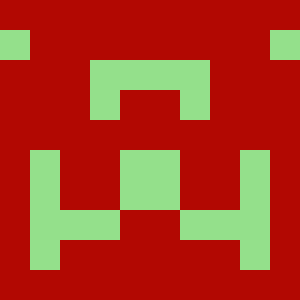