For seasoned horror and gore aficionados Baskin popped up as if from nowhere, wetting many people’s appetites as a brutal gore-fest, something that could satisfy an itch with more substance than other crass films that have emerged on the festival circuit. A Directorial Turkish debut from director Can Evrenol, Baskin starts out as a gamey cop thriller following a police squad that’s called to an abandoned building in a neighbourhood, filled with unsettling vibes and gypsy folklore. Upon entering the building, they unwittingly stumble upon a black mass intent on sending the lawmakers on a bizarre descent into Hell or maybe something even worse.

Horror typically cuts to the chase and here lies Baskin’s biggest problem. With its lucid dream like structure, the film feels like it’s broken up into three distinctive non-linear acts. The first has the officers drinking and telling dirty jokes at a small restaurant. Any character development is at its strongest here with the Boss and the Rookie characterised through disjointed flashbacks, acting as a father and son figures whose closeness emanates from their history of brief encounters with the unknown.

The second act has the Squad driving on route to the house call, this being the weakest part of the film and literally drives on for so long that it tests the patience over and over again. But with ‘slow burn’ horror films being some of the best in the genre of recent times – despite Baskin not being one of them – the slow pace generates excitement and anticipation for the final act that is Hell and for any of Horror of gore fan the reason to watch the film. This claustrophobic cesspool alike The Descent with imagery ripped straight from Hellraiser, fetishized by bodies of the damned writhing against each other with an odd yet slightly disturbing artistry.

Surprisingly, Baskin feels like a multi-layered mashup of western horror films preoccupied with the otherworldly and demonic. Can Evrenol’s style could be compared to the likes of Lucio Fulci and Argento, whether derivative or over-familiar the most intriguing aspect of Baskin is that for us horror fans we feel instantly at home with its imagery and style – even the ending satisfies despite being mired by tropes.

The longer the film goes on the more the plot becomes concerned with the abstract, Baskin isn’t a completely impossible puzzle to solve but it does make you a passive prisoner to its nightmare-ish descent. Frustratingly the final act is cut short and feels rushed, leaving with the feeling of wanting more background on Baskins self-proclaimed Hell and its outlandish inhabitants. Evrenol doesn’t pander by spelling out what every little detail means, he instead asks you to glean any meaning from association or what his disturbing image can be related to. Think like Nicolas Winding Refn has attempted to do, but unlike the arthouse favourite Baskins approach to homage makes it more immediate, accessible and re-watchable.

Newcomer Can Evrenol gets some great performances from his unknown cast, including one of the more memorable villains in recent memory from Mehmet Cerrahogluin – a star is born as “The Father”, the leader of the Black mass whose sadistically straight attitude makes his mere presence fearful. His genetic disfigurements can honestly be mistaken for prosthetics, his appearance is almost as if The hills have eyes gang had a partner gang out in the Anatolian foothills and he was boss.

Baskin might be sold as an intolerably blood-soaked frenzy but its uniquely broken up three act structure turns it into something a little more tame; turns it into something experienced gore fans may tire of. However, this cannot be helped, to stand out in the most overcrowded genre that is low-budget horror directors have to carve out something unique in their image – sometimes it works, sometimes it doesn’t. That being said, credit is due in a debut from a very promising director and the fact something of such repute came out of Turkey from a minuscule budget – its hard not to be impressed. Its quality over quantity approach is subjective but overall Baskin is a refreshing reminder of why we love its gruesome sub-genre its paying loving homage to.

BASKIN IS AVAILABLE ON VOD NOW 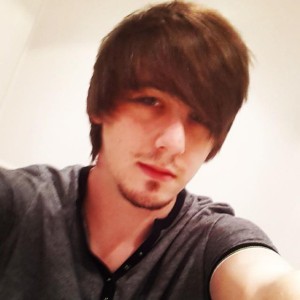 Horror movie fanatic that all started after watching Evil Dead 2 at a questionable young age, Ryan’s tastes are rather inconsistent, but is a big lover of world cinema, Ryan also co-hosts Cinema Eclectica and more often than not appears on the other shows that are a part of The Geek Show Network Also a fan of video games and is often up to date on the latest news in the industry. On top of all that he is also studying Broadcast Media in university.