First of all, a quick word of caution that the below will contain some plot spoilers. So please, only continue if you have seen The Last Kingdom or are happy to have some of the surprise taken out of a few key moments!

On the surface, The Last Kingdom seems like the kind of show you’d watch to fill the Game of Thrones shaped hole in your life. There are some pretty obvious parallels between the two, so much so I actually found myself describing the show to a friend as the English version of Game of Thrones (and yes, I know most of the cast of GoT is from the UK, but the show is owned by HBO so I classify it as a US series). Both are filled with sword wielding, bearded men who can’t seem to stop fighting for power and land, some pretty badass women who don’t have time for your female character stereotypes and lots of gratuitous yet rather creative violence.  And both started their lives as novels before becoming TV series, the Lost Kingdom is based on the historical novels The Saxon Stories by Bernard Cornwell.

However, there is so much more to this series which proves that it can stand alone in viewer enjoyment rather than just as a substitute or stop gap for your medieval drama cravings. Come for the fight scenes and dramatic English history brought to life, and if you stay for nothing else, stay for the gorgeous views of the Budapest countryside and pretty horses.

The Last Kingdom is based on English history, charting the rise and fall of the various kingdoms in Saxon era Britain. Set around 800 to 900 AD, the focus is mainly on the kingdom of Wessex, ruled by a rather uninspiring young King Alfred who is struggling to hold strong and rise up against the ever encroaching Danish invaders. The Danes have taken over most of the surrounding lands and Wessex is top of their agenda. To boil down the plot to its most simple explanation; it’s the English versus the Danish, the Christians versus the Heathens, for the prize of the land that we now call Great Britain.

The main character of the show is Uthred. Born a Saxon nobleman but kidnapped by Danish Vikings while young, he is brought up as first a slave and then like a son to Earl Ragnar, a lead Dane. After Uthred’s Saxon father is killed in battle, his uncle vows to kill him so he cannot claim his birthright as heir to Bebbanburg (present day Bamburgh). Then Earl Ragnar and the rest of his adopted Danish family are killed in a house fire, leaving Uthred as a young man trying to figure out what happens next. It’s a pretty rough ride for the first episode and proves it’s never a good idea to get attached to characters early on.

With his only companion Brida, another captured Saxon slave who grows up to be Uthred’s lover, the two set off to avenge the death of Earl Ragnar and to try and reclaim Bebbanburg in an attempt to find a place to call their own. Of course, it’s easier said than done. The people who killed Earl Ragnar and his family have spread the story that Uthred was responsible, making him hated by the Danes for being a murderer. This is alongside the fact that he’s already hated by the Saxons for being, or at least appearing to be, a Dane. Needless to say, there is a never-ending storyline throughout the series of calls for his death from both sides, which he and Brida must constantly avoid in a number of different and inevitably violent ways.

During the course of the series, Uthred finds himself in very difficult positions which frequently cause him to question whether he seems himself as Saxon or as Danish. He has to continuously question his loyalties, his roots and answer the lifelong question of how much does a person’s past define their future. He swore an oath of service to King Alfred, swore an oath of revenge with his brother Young Ragnar, his old love Brida firmly chose the Danish side and his new wife and son are decidedly Saxon. The writers certainly don’t make it easy for him and they successfully keep him walking the fine line between doing what is right by others and doing right by himself, much to the exasperation of the other characters and myself.

It’s tough from a viewer’s perspective at times. Even knowing the outcome (thank you, history class), at points I will admit I was really rooting for the Vikings. That’s the joy of good character development, proof that the writers are doing a good job when you are cheering for the “bad guys”. The characters are generally relatable and thankfully, not always horrendously predictable. There where some definite shout at the TV moments because they just wouldn’t do what you wanted them to. Right when you are convinced one of the characters is going to do something good, they go and do something awful instead. And just when you think Uthred is on the right path to figuring out his life goals, he seems to turn his back on the obvious answer and do the opposite. It’s the writer’s guarantee you’ll come back next episode or next season and it never failed to work on me.

The Last Kingdom first aired on BBC America and BBC Two before being bought out by Netflix. Season 2 of the series is currently being filmed and is due to air on both Netflix and BBC Two in 2017. 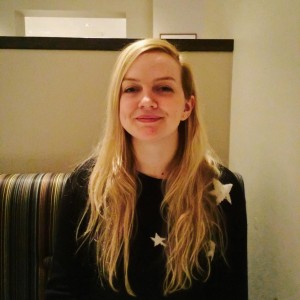