The Sound of Magic: Fantastic Beats and Where to Find Them

(Spoilerphobes read ahead at your own risk…)

We all recognise ‘Hedwig’s theme’. Since it first played in cinemas fifteen years ago, bookending the tales of a boy wizard – it now signals the dawn of the adventures of the magizoologist, Newt Scamander. With a shimmering timbre, the soundtrack has become the embodiment of magic and from its opening notes, we are under its spell.

The culprit? A celesta.

This bell-like instrument – along with chimes – accompanies the particularly magical parts of the film, such as the casting of spells and the occasional stray magical creature. The glistening quality of the celesta was particularly favoured by Tchaikovsky for his Nutcracker Suite, with its ability to produce fluid streams of notes, summoning the image of movement. Historically, the celesta was associated with heaven and innocence. So it is rather fitting that it accompanies a boy wizard’s fight against evil, armed with the power love and a lightning scar.

With a battered case in hand and a mischievous Niffler in tow, Newt Scamander arrives in New York on a mission. You may consider James Newton Howard’s soundtrack to be musically reminiscent of the Nicholas Hooper era (Order of the Phoenix and Half-Blood Prince) – with familiar choral sections and spine-tingling glissando. With new characters, a new story and setting – the music is what immediately grounds it in the same wizarding world. With a great warmth and humour, the celesta and the flute lends itself to accompany the humorous Niffler. You can hear the chink of coins he scarpers after, echoed throughout the percussion section. It is practically the embodiment of a reluctant –  but amused – raised eyebrow.

Interestingly, in this movie, we get to see more of the overlapping nature of the magical and non-magical communities. With a concealed magical government in the heart of the city of New York, Newton Howard is brilliant at emphasising the magic with great use of glissando in the string sections, summoning the physical motion of flying. With the soundtrack seeming to propel the camera and the audience through the air, urging to leave our cynicism behind … Until that is, when we are brought back to the ground with a familiar ‘roaring twenties’ sound. Meet Jacob Kowalski, a No-maj who really wants to set up a bakery. And by using a sound that we recognise – the music of an era of boom and bust –  we immediately emphasise with Jacob, an underappreciated, hardworking worker. But, with thanks to Newt Scamander, he is allowed to cross into the magical world. With that, brings a complete fusion of the musical themes, celebrating the union of the two worlds and a blossoming friendship. A celesta with a syncopated bass-line!

But as well as unity – there is division. Grindlewald is on the rise in Europe and tempers are bubbling in Macusa. This is perhaps the ‘newest’ sound of the movie, while the adventures of Newt Scamander seem a dream we are abruptly shaken awake from. The obscurus creeps on to the screen, devouring everything in its path and the accompanying soundtrack is haunting, full of dissonance and doom. The music has dropped several octaves, with a preference for brass, timpani and drones – the trombone surfaces, accompanied with its associations of hell and the supernatural. The disarray and fear of the wizarding community is voiced and now we, the audience, feel it too. The fact that the obscurus appears to melt on to the screen and the enveloping effect of the synths and the drones (such as in the opening of the track ‘Credence Hands out Leaflets’) emphasises the existence of evil beyond the gaze of society. But through the effect of fading in and out, from light to dark and dark to light, the line of distinction cannot be drawn. So, this allows what is seen as ‘good’ the potential to mask darkness. Much like a certain *cough* individual. 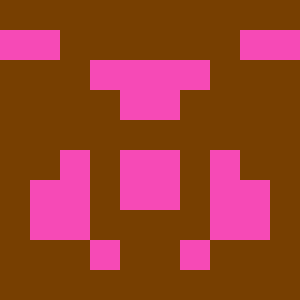 With her head constantly stuck in a book, it's a wonder how Lucy ever managed to write this. A keen musician, writer and amateur time-traveller, Lucy has lived happily on the internet since '06.