Magic: The Gathering – The Returning

My first memories of Magic: The Gathering – the most seminal, burgeoning and ubiquitous of Trading Card games – are of walking into my local computer gaming store as an 11-year-old and wondering what all the fuss was at the back. It so happened, it was 1994, when the latest rages were all about Nintendo, Nirvana, Power Rangers and…Magic. I learned, I played with men twice my age, and collected the cards like they belonged in the latest football sticker album. However, it was short-lived, and like a lot of kids who started in the early days of Magic, the fad latest only a couple of years before the usual distractions of adolescence took precedence.

Fast forward twenty years or so, and here I am, about to partake in a draft tournament of the latest Magic set, Kaladesh. I am armed with my Dragon Shield sleeves, dice and playmat, and ready to do battle and enjoy the evening with my newfound Magic playing friends.

So what happened? Why has a grown man of thirty years suddenly deigned to play a game he once played as a boy? A short answer would be, put simply, community. For along with discovering new, in-depth elements about the game unbeknownst to me as a child, I have found the real attraction with Magic lay in its faculty to bring people together and establish relationships.

Returning to the game has enabled me to form a new, close-knit group of Magic-playing friends from work, who I found by chance had also played the game as kids. And from there, it didn’t take long to remember how to play. Nor remember how addictive the game is. Almost through some type of muscle memory in the brain, I was back to playing the game I knew and loved as a kid; only this time with a little added extra competitiveness on my part.

Playing Kaladesh draft with friends is exciting, social and enjoyable, perhaps more so than standard magic play. Drafting also brings yet another random but skillful element to the game: you build your deck by taking turns to choose cards from boosters packs being rotated in your group. The trick being to decide early on what colours you are going to choose, so as to not waste your picks on cards you won’t use. And Kaladesh as a set plays great, probably my favourite of the newer releases. I played a Green-White energy deck and thoroughly enjoyed it, especially the inclusion of vehicles, which I think are one of the most exciting innovations in Magic for a while.

We played for at least 7 hours – pretty standard for a draft. It is also now my preferred format of Magic. Even though creating decks with the latest rotation of cards in Standard can be exciting and challenging, playing a tournament with a deck that you have just built there and then gives you a truer sense of creative expression. Using tactical picks and ruthless omissions to hone and tweak your deck allows you to stamp your own identity, explore the set, and feel like you actually achieved something before you have even played a card.

Not only did playing kaladesh have me reminiscing about my youth, but it also opened my mind to the current state of Magic and its wider capabilities. Obviously, there are many differences in playing as an adult in 2017 to playing as a kid in 1994. Different, firstly, because playing as an adult you notice the complex and competitive nuances in the game. And, Secondly, it differs greatly due to the fact that game has evolved way beyond anything you could have imagined back in 1994. The modern brand of Magic now extends to board games, merchandise, films and fluffy toys. It has total global appeal and is no longer the sole domain of kids and overweight, bearded white men with severe ponytails in grotty gaming stores.

Magic is, surprisingly, in its third decade of existence and getting bigger. The company behind it, Wizards of the Coast, was taken over by Hasbro in 1999 and haven’t looked back since; well, perhaps not in terms of their global ambitions, but they certainly could be accused of rehashing, with their recent regurgitations of previous set designs and ideas. Mark Rosewater, head designer at Magic R&D, maintains that you have to “tweak the old to make the new”. We see this repetition in not only the set art, design and card mechanics but in their very names also: Shadows Over Innistrad, Battle for Zendikar, etc. This might not be entirely down to the fact that they may have run out of new ideas, but rather due to some clever marketing ploy to trigger nostalgia in their customers. Rosewater confirms that: “The easiest trick is to take something from an earlier version and change it in some way. The new thing has a novelty to it but is clearly built upon the old thing as well, making it nostalgic.”

The game is now also more complex and esoteric to newbies than ever before, with a rulebook consisting of more than 36 pages and a plethora of formats in which to play the game. The concepts of Standard, Modern and Limited at first baffled me, and I deliberated greatly on whether I was willing to invest not only my time but money on the game; it isn’t exactly cheap, with the most played cards – those high in the ‘meta’– being also the most expensive. But paying your share of a booster box amongst friends doesn’t seem to be too bad an investment for a player starting up again. And this is exactly what I have done since playing again, investing in not only my Magic pool but in my time playing with my new friends.

The reality is that, in my later years, I found myself looking for things to do with my friends that didn’t involve getting hammered in bars. I’m a regular poker player and see magic in a similar vein, not only due to the similarities between the two games, but in how it provides a great, recreational outlet. I have even flirted with playing competitively. Friday Night Magic is regular for most aficionados of the game, where both the serious and casual player can meet, trade, show off and argue with each other in the comfort of comic book and gaming stores. From here, you will find invitations to play qualifying tournaments for the big events, If you feel like you want to go and test your deck against the very best. But I find playing with my new group of friends the most enjoyable, as some of the serious, obstinate players sometimes seem to forget the social reasons to play Magic.

With Magic Pro Tour events getting larger than ever before – a prize pool of $250,000 – playing Magic for some has become just as much a professional sport/game lifestyle as a casual hobby for others. Like in any major professional game, aspirations to succeed, win and become the best-ranked player have taken the game to new, unprecedented levels. And it is this element that both excites and annoys me. I have had the most fun playing draft, with friends. Playing competitively is at times a laborious effort for the casual minded player, sometimes even at a social event like Friday Night Magic. Watching Vice’s Magic documentary, the Pro Tour looks like a grind. Being a pro seems to be a grind. The two Italian-American players in their 40s prefer to play vintage and don’t regret never playing the big tournaments. For them, it is also about community, where “you walk in a room and you have 20 friends, not strangers or foes”.

Even though it was originally seen as an extension to the already thriving Dungeons & Dragons gaming scene, Magic has subsequently outgrown itself from the niche of heavy metal lairs and catapulted into the global, mainstream shopping store. Magic evolved and thrived due to its exploration ethic. You don’t all sit down and play the same board game after dinner, you get to explore and create your own pieces. This exploratory model has enabled Magic to grow, evolve and take risks when it comes to gaming. Whether or not you see the game as being childish, too geeky, as a means to meet new people, make money, or simply have fun, one thing has certainly changed since 1994… Magic is now part of the culture. 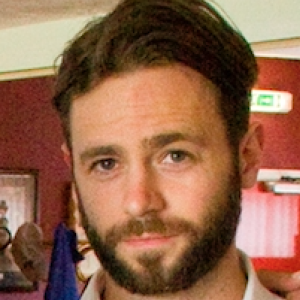