An Evening with Bandai Namco Entertainment

Namco Bandai Entertainment held an event for five of their games that will be released in the coming year: Ace Combat 7, Tekken 7, Get Even, Project Cars 2 and Little Nightmares. These games are all very different from one another and the company was very proud of the fact that they had a diverse set of games to show off. I was able to go to this event and play demos for all of these games to see how well they play and to develop some first impressions. So were they any good? Or is Namco Bandai a little off their game?

First up was the one I was most excited to see – Little Nightmares, and I was not disappointed. Little Nightmares is a 3D puzzle-platformer horror game with an extremely creepy tone. You play as a little girl called Six who is wearing a yellow raincoat that is constantly obscuring her face, giving her a very creepy feel because you never get a good look at her. However, there is also a cute element to the design due to her yellow raincoat contrasting with the darker colours of the rest of the game. This endeared me to Six and made me interested in her adventure.

As for gameplay, Little Nightmares offers clever puzzles with relatively limited platforming capabilities. This limitation adds to the horror element by making you feel powerless in a world that is much bigger than you. There is also a fixed camera which you can only move slightly to get a better look in a specific direction before it snaps back into place after you let go of the control stick. This is another example of limiting your control to create a feeling of fear; this is enhanced by the disturbing art style and creepy enemy designs that fall perfectly into the uncanny valley.

Ace Combat 7: Skies Unknown was another game that Namco Bandai were very eager about. The latest instalment in the series of action combat flight simulators is this time bringing Virtual Reality to the table, and I was lucky enough to try it out. VR fits perfectly with Ace Combat’s gameplay as it allows you to feel as if you are really sitting in the cockpit of a fighter jet; I find it strange how being able to look down at my character’s hands on the controls, or turn around to see the wing of my plane added to the experience for me. The basic gameplay is the same as previous instalments, but is enhanced in VR by allowing you to see an enemy plane as it flies past you, preventing you from being disoriented by your target’s position in 3D space.

Tekken 7 is another equally anticipated addition to a well-established franchise that was available to play. I’ve never been very into fighting games but I did find myself really enjoying Tekken 7; the stages were beautiful, the characters were interesting and the gameplay was as button-mashy as ever. Of course, there is a lot of skill to fighting games if you know how to play them, but personally I’ve always found a lot of joy in simply mashing the buttons until someone wins. Tekken 7 provided me with a tonne of awesome moves to see as well, both with regular attacks and the new super moves known as Rage Arts which can be activated after you take enough damage.

There is also a lot of little visual touches to Tekken 7 such as stages breaking apart or items of clothing falling off. This seems minor but it adds a lot to the feel of a fight, making it more powerful and epic. That feeling of power is also provided by the way the game handles landing an attack. Hits feel punchy and forceful due to them making the screen shake and having an awesome sound effect; there is also a particle effect that flies out of each connection two characters make. All this combines to make successfully hitting your opponent feel really satisfying and rewarding.

Get Even is an FPS psychological thriller about a man named Cole Black who doesn’t remember who he is, but a secret organisation has created a device so he can go inside his own mind and relive his memories to find the information they need. Having a realistic art style, serious story and first-person perspective means Get Even feels very similar to many popular games; however, it does still find a way to be original. Cole has a phone with various single-purpose apps on it; for instance, one tracks movement on a map while another is an infrared camera. There are also interesting weapons such as the corner gun which allows you to shoot round corners, providing a level of strategy to the gameplay. However, I did find this game almost exhausting to play because the developers really wanted to hammer home the psychological-thriller element. In doing this they force the player to experience many weird visuals and droning music. I think this works to this game’s detriment because after about 15 minutes of playing, I felt drained and that is not the sort of feeling that will make you go back to a game.

The final game I played was a racing simulator called Project Cars 2, which felt very much like any other racing simulator. The cars controlled like actual cars, the graphics were realistic and the controls were complicated to simulate actual driving. The most remarkable thing about Project Cars 2 was not its gameplay, it was the technical feats the developers had achieved in an effort to simulate the real world. This includes the smallest details like simulating actual raindrops and programming the ground to actually soak up water and then overflow. This would then affect traction with the track and is one of the many mind-blowing things the developers have done in the name of realism.

I had lot of fun at the Evening with Namco Bandai Entertainment and enjoyed seeing all of the great games that they’ve got lined up for 2017. The company was clearly very proud of everything they had to show on that day; I felt very honoured to be able to experience all of their achievements and I look forward to the full releases of all of these games. 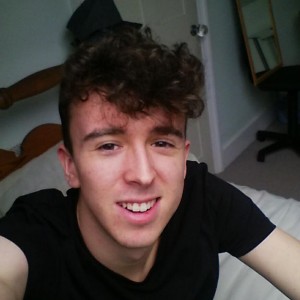 Hi I'm Michael, I've liked Nintendo, animation, comedy and anything creative since I was young and that won't be changing anytime soon. I've got an interest in writing for TV and making YouTube videos and hopefully I'll be able to write some good articles too!