Since the rise of digital-download game sales, retro revivals have been springing up more and more. Franchises from the pre-3D era of gaming being prime candidates to be brought back because they never able to adapt to a new dimension. The ‘Blaster Master’ games date back to the NES but have mostly remained out of the public consciousness for nearly two decades. The old shooter has now been reborn and given the chance in the spotlight, being in the first wave of digital titles for a new Nintendo system.

Though I was aware of the series, I never played the original ‘Blaster Master’ or any of its sequels so this review will be coming from a newcomer. There will be no comparisons to previous entries so the game is being appraised on its own merits. The game blends together two different styles of 2D shooter with both side-scrolling and overhead perspectives. The former is used when exploring the world and the latter when the main character, Jason, ventures into caves.

For the side-scrolling areas, you spend most of your time in the tank, Sophia III, which is by far one of the most flexible and versatile tanks in any video game. Controlling the vehicle is akin to a character in a platformer with the way it freely jumps around and, later on, can hover, swim and climb walls. Exploring in Sophia III is a lot of fun thanks to its manoeuvrability and ever-growing array of weapons. Comparisons can be drawn to titles like ‘Metroid’ due to the similarities in game play and the same rewarding feeling when you reach a new upgrade or uncover secrets. Some of these are even optional which gives incentive for going that extra mile in the mutant infested labyrinths.

As Jason, you can leave Sophia at any time to explore on foot but you are very vulnerable in the overworld areas, only being armed with a small pistol. Directly controlling him is necessary when you reach tank unfriendly passageways or a cave entrance. Certain aspects of Jason’s side-scrolling controls feel rather unnecessary and frustrating. For example, movement whilst crouching is annoyingly slow and the hit detection for ladder climbing is a bit too precise. The latter became particularly irritating during a couple of points where you are required to grab a ladder while in midair. Some players may also be put off by the damage Jason takes when falling from great heights. However, this does serve as an effective means of guidance, ensuring you do not stray too far from Sophia.

The change to the overhead perspective also brings a shift in Jason’s power levels. He can take far more punishment and access a greater arsenal. These cave areas slow down your movement but ramp up the action. Combating foes is far more important if you wish to progress safely and reach the special items at the end even though some caves lack substantial rewards, which is frustrating. An irksome disparity between this side of the gameplay and its counterpart is the permanence of some of your weapons or the lack thereof. Jason will always have access to his weak, short-range blaster but he can collect more powerful weaponry from random drops by enemies or destructible blocks. So when you lose a weapon, you must hope for a randomly dropped item. The element of chance is bothersome here and it would have been nicer to have a system more like ‘Mega Man’ where all weapons are permanent, for example.

‘INTI Creates’ has consciously implemented certain modern mechanics, that you wouldn’t typically find during the 8-bit era, to boost accessibility and provide (in my opinion) a fairer challenge. Your progress is autosaved at caves and checkpoints that are dotted around the map. The placement is generous but fair with only a couple of sections feeling like they could have used more. Another modern feature is your ability to lock your gun’s aim in one direction whilst moving and it’s a very welcome addition.

The graphics are very much in the faux-NES style where they follow old design conventions artistically but make use of a richer colour palette, parallax scrolling backgrounds and take advantage of HD resolutions. They are very well realised with every environment having a distinct style and some really nicely detailed boss sprites.

The music uses revamped retro instrumentation, with each area’s overworld and caves getting their own unique themes. The best tracks are rich with catchy melodies, the kind Japanese games do so well. The lesser compositions are forgettable but thankfully never irritating.

‘Blaster Master Zero’ is a very worthwhile purchase for any 2D shooter or adventure game fan. ‘INTI Creates’ has, once again, successfully produced a new iteration for an old action series and their winning streak in this genre continues. The two gameplay systems are very solid, so even if you love one over the other, the game is still a blast.

This review was based on the Switch version of the game. 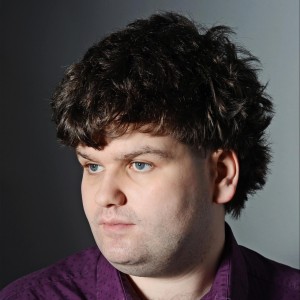 The gift of a Game Boy Pocket, so many years ago, was all it took to spark the obsession. When Louis takes a liking to a new fantastical world, he is determined to become an expert on it. He sees no East nor West, just imagination.

One thought on “Blaster Master Zero”