Note to self: if a house seems to be too good to be true, especially for broke university students, it almost definitely is, therefore, go ask the student union for help. This episode starts with naive students doing naive things and getting themselves into trouble proving why are parents send us to university.

First of all, I think it’s nice to see that Bill has a life outside the Doctor as it always adds layers to the companions and with Bill, in particular, it also adds a level of comedy as it’s implied that the Doctor doesn’t have much of a life right now and so he almost needs Bill to fill in. Capaldi plays the well-meaning yet annoying granddad so well and it adds another layer to the Doctor more than just being the grumpy old man after Matt Smith’s upbeat and lively incarnation.

This episode, though it had great ideas, to begin with, did begin to wain a little bit in the third act and for me, the conclusion was slightly underwhelming. It began really well, as seemingly haunted house stories often do. The set-designers did a great job making the house just strange enough that to some people it would just seem ‘quirky’ and to others, such as Bill suggest that there is something not quite right about the house. Some moments in this episode were real hide behind the sofa moments, especially the moment when Paul gets attacked by his room. The editors tricked the viewers by using Paul’s initial prank in the teaser trailer after the last episode so that when the prank is revealed and then he starts screaming you’re not sure what’s real and what isn’t.

The ultimate execution and conclusion of the episode was, however, disappointing. Part of this may be because we’ve seen a very similar idea already this season, ep. 2 ‘Smile’ had creatures in the walls which could kill you so even though it was a haunted house-like episode, it just felt like something we’ve seen before.

Also the episode is quite a slow burn, with very little action happening until 20 mins in and though slow-burns help build the tension, which is necessary for this genre but it only pays off if the climax is strong and unfortunately it didn’t. Like in ‘Smile’ the conclusion didn’t really solve anything. The house collapsed but it’s never established whether the Dryads disappeared or if they’re still roaming around Britain waiting to inhabit another human being. There was also, arguably a few too many characters that weren’t given enough screen time or development so we never really felt connected to them. When Bill’s flatmates were picked off one by one, it was more the case that we were frightened for Bill and the Doctor rather than feeling much for the characters themselves. I hope that we re-visit these characters sometime soon however so that we can see them develop as I’ve always liked when someone from the companions ordinary life, like Micky or Rory, gets dragged into the world of the Doctor as it adds a different dynamic to the Doctor and Companion set up.

I like a twist as much as the next person. A well-constructed twist in any movie or TV show that makes you re-think everything you’ve just watched or previously conceived about a story is a sign of great writing. I’ve just finished watching American Horror Story: Murder House and wow the twist about Violet blew my mind and made me watch the entire rest of the series in one sitting. However, another good sign of writing, particularly in TV shows is knowing when and where to put a twist and also when it’s necessary. The twist that Eliza is really the Landlords mother rather than his daughter, to me didn’t add much to the rest of the story. A twist is meant to change the direction and dynamic of the story your about to tell for example (spoilers for American Horror Story); when it is revealed in episode 10 that Violet is actually dead it changes your whole perspective of the last 4 episodes and changes any preconceptions you have for the rest of the series. You imagine the implications for her i.e. she can now never leave the house and the impact it will have on her mother and father. It has to be clear that without this twist, events would be completely different.

The twist in this episode changes very little. The emotional beats at the end between Eliza and her son would be very similar if they had stuck to the idea that the Landlord was the father. The only change would be that instead of a child-ish figure the landlord would be an over protective father but the audience would still to some degree be able to sympathize with his actions. Being straight forward in a story is still engaging and the audience doesn’t always need to be shocked in every episode.

Slightly disappointed by the end of this episode but creepy houses will always be creepy and this episode has made me glad that I’m moving into Halls this year. 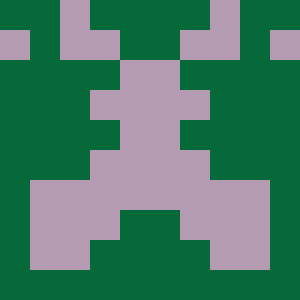