King Arthur: Legend of the Sword

I went to see King Arthur: Legend of the Sword a couple of weeks ago. It was phenomenally alright. It wasn’t bad. It wasn’t good. It was slap-bang on okay. I had fun. I had a few laughs. I remember thinking it was too loud a few times, especially during the intro, and it took longer than I’d like to get going. Ultimately it was fine. I was going to review it, I had ideas, points to make. But a day passed. Then a week. Then a fortnight. Now here I am long past the point of relevance typing up a shell of a review about a film that apparently barely anyone watched or wanted and what do I have to say about it? It was okay.

See, here’s the thing, as an amateur critic I can pretty much pick and choose what I want to talk about. That confers a great deal of liberty but it also means that I have no reason at all to spin out “I thought it was okay” into a thousand odd words other than self-indulgence. The I figure it if I’m going to be self-indulgent why not go the whole hog and hijack my own review to muse on the point of review itself? Because Ratatouille did it better. So if you want the verdict on King Arthur it’s “It’s okay. Watch it if you think you’ll like it.” If you’re sticking around pour yourself a drink and let’s discuss the three reasons to review media using King Arthur as a lens (read: excuse).

Reason number one: Consumer Advice. Telling people whether or not a film, or any other media for that matter, is worth the money is probably the most worthwhile purpose of review, if not it’s certainly the most generally useful. Unfortunately I can’t really say that I’m very good at it, I have a heavy load of biases, only some of which I’m aware of, and that matters when speaking to a general audience. So it is with me and King Arthur. Here’s the thing, it’s a Guy Ritchie film. Guy Ritchie is quite a divisive director, which is to say that there are strong opinions on both ends of the Rocks/Sucks scale, to borrow from a late 90’s internet joke that only I remember. I tend to the ‘Rocks’ side to the point that I argue Guy Ritchie’s Sherlock Holmes films are better than Steven Moffat’s Sherlock series on the BBC. Yes, really. This, as I’m sure you realise, has a heavy bearing on my enjoyment of the film, it makes me willing to forgive many of its flaws because I like the style.

I like the sense of playfulness he makes films with, especially when working with his favourite subject matter of cockneys with dubious morals. I also like the aesthetic of Arthurian legend without actually knowing anything about it. So when I heard Guy Ritchie was making a film about a cockney with dubious morals called Arthur who gets his hands on a magic sword I knew I was probably going to like the film. To nobody’s great surprise I did. I can’t recommend it though. Why? Because I can’t think of a single thing about it worth recommending over whatever else happens to be on. At the same time I did like it so I’m not about warn anyone away from seeing it. So I could witter on a while and summarise the film as objectively as I could in the driest, least interesting way possible only to conclude that you, the reader, should make up your own mind. That would be a waste of your time reading it and mine writing it so let’s move on.

Reason number two: Entertainment. Review as a form of entertainment is an odd one. It’s something that I’ve consumed, and to an extent still do, but never really understood. In this case ‘entertainment’ really means comedy and funny reviews are, by necessity, nigh on ubiquitously negative. Once upon a time revelling in the failure of a creative work was a satisfying pastime, now I just find it kind of sad. I’ve seen this approach taken with King Arthur, there’s definitely enough flaws to work with, but given my attitude towards such reviews and the fact that I liked the film it would be disingenuous for me to do so and undermine any sense of credibility I have. On the other hand I have no idea how I’d make jokes about something being good, let alone just okay. ‘Okay’ is the most frustrating thing to feel about a film. ‘Okay’ doesn’t engender humour or discussion, ‘Okay’ doesn’t give a firm ground for recommendation either way. So, without consumer advice or entertainment what’s the third option?

Reason number three: Academia. Inherent pretentiousness aside, the other reason to review something is to discuss its artistic merits, it’s themes, what it has to say and that sort of thing. Doing this with a summer blockbuster like King Arthur sounds like a great way to sound pompous and little else other than descend into the darkest depths of esoterica and pedantic minutiae. My version of this is what I refer to as the ‘Down the Pub’ review because it’s what I like to do over a beer to make myself sound cleverer than I am.

That’s what originally intended to do with King Arthur. I thought it would be interesting to discuss what the film aspired to be versus what it was, hoping to eek something interesting to say out of ‘Okay’. The problem is that King Arthur has no aspirations beyond being an entertaining distraction for its 126 minute runtime and that’s precisely what it is. It has good guys who are good. It has bad guys who are bad. It has a magic sword which is magic. The modern aesthetic of drab realism is unfortunately present and some characters pretend to have more to them than ‘good guy’ or ‘bad guy’ in the bits of the film that don’t work as well. The action is fun and looks cool while it lasts. There’s a giant snake for some reason and an absurd but oddly well-cast cameo by David Beckham that was less unwelcome than I anticipated. Maybe it was meant to start a franchise, but then what isn’t these days? It isn’t dark and it isn’t epic, it’s just fantasy.

That was a very long and meandering answer to the short question ‘What did you think of King Arthur?‘ The short answer remains “It’s okay.” 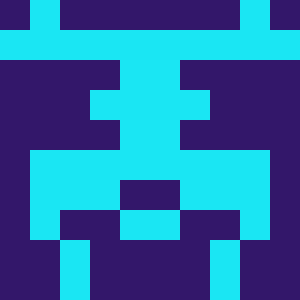