Put Your Hands in the Air for the Genetic DJ

A detailed study has revealed that growing cells constantly rearrange, or remix (shout out to the DJ reference), their genes. Modification of a gene’s location within a cell alters its activity. Similar to mixing choooonz, placing genes in different locations can make them “louder” or “quieter”, louder genes actively contributing more to a cell’s life.

Contrary to what was initially believed, it has been found that there isn’t an ideal location for each gene within the nucleus of a cell, they’re constantly moving. Published in Nature, the organisation of genes in mice stem cells were examined. The findings showed that cells are continually “remixing” their genes, switching positions as they progress through different stages. The results have suggested that this process of gene movement could help cells fine-tune the volume of each gene to suit their needs.

It has been believed for a long time that the location of genes within cells are pretty much fixed, each gene has its rightful place. Obviously, it was known that different cell types could organise genes in different capacities, but genes weren’t thought to be mobile apart from during cell division. This study is the first to detail gene organisation in individual cells, the results providing an insight into genetic order, each cell arranging its genes in unique ways.

Dr Takashi Nagano (Babraham Institute, UK) and Dr. Yaniv Lubling (Israel), co-first authors on the paper, collected and individually analysed information from over 4000 cells, one-by-one (one-by-one!!). Talking about the study, Dr. Nagano said “We’ve never had access to this level of information about how genes are organised before. Being able to compare between thousands of individual cells is an extremely powerful tool and adds an important dimension to our understanding of how cells position their genes.”

Think about the task at hand for a minute. Hundreds of thousands of pieces of information about gene positions were collected, all from a SINGLE CELL! The process was then repeated for 4000 of them. As nerds, we have to admire that, no? Well, I think it’s damn impressive if a little monotonous but hey, scientific research be like that.

Anywho, the task was a significant challenge and relied heavily on tech that was engineered by Dr. Nagano and co-workers in 2013. The technology, called single-cell Hi-C, was combined with statistical analyses performed by Dr. Amos Tanay’s team at the Weizmann Insitute, making this incredible research a reality.

Professor Peter Fraser (Babraham Institute), the lead author of the paper, said: “We typically see that changes to gene activity have a great impact on health, disease, and evolution. It’s now obvious that genome organisation may have a part to play in this and our research shows that the effects of location on genes may be a constantly moving target. Understanding how the genome is controlled during this constant reshuffling is an important step towards understanding how our genomes and genes effect our lives.”

The research group now plan to examine if changing the locations of genes has a significant effect on each gene’s volume and to study different cell types to understand if genes shake their stuff less once division ceases, or if all cells behave like stem cells do. 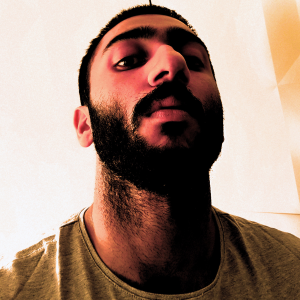 We can hack cells?

Could The Curious Case of Benjamin Button be a Reality?