Everything in Eleanor’s life is calculated and routined. From Wednesday chats with Mummy, to weekends of solace and vodka. Eleanor lives alone and she is perfectly fine with that, in fact she rather prefers it. However, one simple break in Eleanor’s rigid routine, one simple act of kindness turns everything in her life upside down.

This was my greatest struggle in approaching the book; her intolerable character. At points, her “quirks” made her entirely unbearable to me and I was left physically grimacing at the ways in which she treated her fellow characters within the novel, particularly her coworkers and people in the customer-service industry. However, just as this is a tale of modern redemption, the book did redeem itself in execution and plot.

Gail Honeyman’s book, Eleanor Oliphant is Completely Fine, when given a chance, was a delightful read. I found the story itself was well-mannered and easy to digest. It handled difficult topics such as abuse, self-harm, mental illness and alcoholism in, what I would consider to be, a very mature way; peppering it through Eleanor’s backstory and with use of this narrative we begin the understand the origins of her rigid nature. This detail kept me hooked, lined and sinkered for Honeyman’s carefully timed plot. I can’t entirely decide if being hooked to a book simply for glimpses of a character’s damaged past is problematic or not but it did the job in keeping me turning the page and her trauma’s rounded Eleanor as a character, adding a dynamic that without would have made her completely insufferable. In fact, I almost warmed up to Eleanor… Almost.

I will say that Eleanor’s social issues and mental health problems are highly evident throughout the book, yet the lack of an actual noted diagnosis allowed more focus onto Eleanor as a character and didn’t box her into any predefined mental health characteristics. Given that this book was written from Eleanor’s perspective, we begin to understand that she, herself, does not define herself by her mental health, partly from delusion which we see later in the book and partly as a matter of her proud character. Additionally, Eleanor’s narration was descriptive and well written on Honeyman’s part and I found adding the dynamic of an unlikeable and unreliable narrator to be interesting. It gave this sweet, simple tale of friendship an added layer, one that I very much enjoyed and appreciated (even if at times I did not appreciate Eleanor.)

That being said, despite some of my pretences against Eleanor’s character she wins this round as I simply couldn’t put her down, I was both intrigued by her backstory and moved by her transformation. This book is full of little surprises, it is a funny and warming tale of friendship, romance and recovery, one I would highly recommend if you’re someone who is able to see through first impressions. 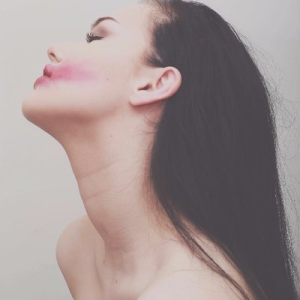 Writer, blogger and horror junkie with an acute allergy to apple juice . . .