Unemployed Man: Is it a bird? Is it a plane? No, it’s a man between jobs.

Parody comics have a long history. From the glory days of Mad magazine’s Superduperman, to the over-the-top ultra-violent Judge Dredd in 2000AD, the toilet humour of Viz, or the silly antics of The Tick, the inherent ridiculousness of costumed heroes has been heavily explored. Over time comics began to parody their own tropes, hanging a lampshade on their sillier side with a knowing wink and a smile, to try and keep hold of an older and increasingly savy audience, who would otherwise struggle to suspend their disbelief.

This trend has been imported into superhero films like Guardians of the Galaxy and Deadpool, while DC efforts tend to take themselves more seriously, for better or worse (usually worse). Rarely though, has any of this mockery been attached to social commentary, being largely content to poke fun at or deconstruct the medium itself.

The Adventures of Unemployed Man brings parody and political commentary together, to create a satirical world based on the golden age of comics. The theme is the financial crisis, the beliefs and practices that sit behind it, and the effect it has had on ordinary people. The colourful comic-book form turns would could be dense heavy-going prose into pun-filled fun, using the medium to great effect to point out the absurdity of what was for many years accepted as unquestionable economic theory.

Some of the underlying narratives – that poor people deserve to be poor, that if you are struggling financially and can’t get a job, then it’s your fault – are still believed in some circles. Unemployed Man amusingly and convincingly shows how blaming the individual ignores the wider causes of unemployment, the greedy and unscrupulous banking system, and the root causes of the crash. It is ordinary people who suffer, while the gap between them and the super-rich gets wider than ever.

The comic Illustrates the effects of shrinking wages, and what happens when we can’t afford to sustain the economy as we can’t afford to buy all the goods and services we produce, and the proposed solution – credit and borrowing – is a financial time bomb that went off, and will keep on exploding if we let it.

The comic tells the story of Bruce Pain, a self-help vigilante, The Ultimatum, who preaches the power of positive thinking to people living on the breadline or on the street. This clueless corporate figurehead eventually realises that he and the organisation he works for are supervillains, and is introduced to The Boot, who kicks him out of his own company. His assets are seized and he finds himself out of work, with nowhere to live.

Rebranding himself Unemployed Man, and joining up with other costumed characters in similar situations, like Wonder Mother, Ducto, Fantasma and Plan B, they must take on the minions of the sinister Invisible Hand, like The Broker, Super Lotto, Golden Sack, and The Outsorcerer. While the supervillains unleash destructive economic forces and escape in gold helicopters, regular folk plummet to the ground as they drop through the social safety nets, which all have holes cut in them. The Free Marketers grin and hide their scissors. The story culminates in a show down between the rag-tag group of misfits, as they confront the Just-Us League led by The Thumb.

It’s deliberately heavy-handed stuff, but all the more effective for it. The artwork expertly mimics classic era comics like Batman, The Incredible Hulk, and The Fantastic Four, with each character embodying a particular aspect of our modern world. One of the highlights are the back pages, which mockingly mirror the ads and ‘did you know’ factoids of classic superhero comics, excellently outlining the facts behind the satire.

The underlying message is essentially that things would be fine if the consensus of the 1960s and 70s, or even the 40s and 50s, was maintained. Even if wages hadn’t shrunk or things were fairer, capitalism itself is a series of inherent contradictions, conflicts and crises that are never really resolved, just postponed or moved around, and there are plenty of things about both eras that we can’t point to as being far from ideal. Unemployed Man isn’t immune from the effects of nostalgia.

That said The Adventures of Unemployed Man is an amusing read, and well worth your time if you have more than a passing interest in politics, economics, and classic superhero comics. You can get hold of a paperback copy for under a tenner. It’s a lot more accessible than a thick academic treatise on socio-economics, and you might get a few laughs into the bargain. 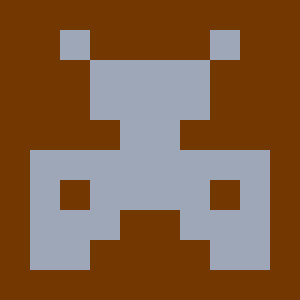