The Lair of The White Worm

Ken Russell is a bit of a devil. In all his films you can see an unabashed joy of sex, life, and kitsch whilst having the underlying thread of Christianity throughout; explicitly or otherwise. Lair of the White Worm is no exception but, against his other works, it feels less like a showcase of excess and more like a final bow. Although not his last film as he had two more out in 1989 and ’91 before working mainly on television and back garden film projects. So it seems odd but not out of character that the finale for Russell would begin with a peculiar monster horror comedy.

Lair of the White Worm is loosely based on the Bram Stoker novel of the same name; which in turn is based on the legend of the Lambton Worm. The film follows Angus Flint (Peter Capaldi); an archaeology student who, during a dig at the local bed and breakfast, unearths a skull of a strange creature. Upon telling the owner of the land, Lord D’Ampton (Hugh Grant), strange events begin to occur. A Lady returns under suspicious circumstances, a pagan site of worship is discovered and residents start to go missing, including D’Ampton’s girlfriend, Eve Trent (Catherin Oxenberg).

The plot is simple and is told at quite a hefty pace; there is hardly a low moment thanks in part to the simplicity and Russell’s screenplay. We get to see how and why most of the characters react to the events which allows us to understand the characters much better; for example; one of the characters dismisses the legend as mere folklore but begins to piece how the events may be linked to the legend. However; the plot has the feeling of being trope heavy and that Russell was holding back when he was writing the film. If you know how monster movies go then you could feasibly gage how the film would turn out within the first ten or so minutes. Unlike some of his earlier films, for example; The Devils, you get the idea that Russell was not interested in the source material and made most of it up thus making the film seem trope reliant. Now I know that comparing White Worm to The Devils is completely unfair since, and let’s be honest, The Devils was Russell’s masterpiece since it showcased what he would be most infamously be known for with his films: excess, over the top campiness and an almost joyful expression of sex. White Worm seems twee in comparison.

Now, that may be seen as a bad thing since the film is mostly played straight but White Worm uses those expectations and subverts them to great effect. Tonally the film is meant to be serious so that the audience can understand the plight of the characters and creep the audience out as much as possible, but there are a few sequences where the film basically gives the audience a swift and sharp kick to the crotch. Without giving away too much, these moments are pure excess and come almost unannounced. They jolt the audience into a state of unease and shows that Russell was trying to convey a feverish, poison-like, atmosphere. It works thanks to the cinematography by Dick Bush creating a dreamlike sensibility. The film looks like a romantic view of the countryside mixed with classic Hammer films from the mid-sixties/seventies. There is a slight haze to the overall look which makes everything seem unreal and off-putting; the forest almost ensnares the characters that walk through it whilst others seem to look at ease to the point of being deadly within it. This unreal look and feel to pretty much everything plays into the dread and foreboding which amps up as the film progresses.

There is one sticking point that I had; this film is funny. That is odd of me to say but let me explain. White Worm works best as a horror film if you have a fear of snakes but from the start of the film, I found myself laughing much more often than I was screaming. I know that this is intentional for the most part; the film is genuinely creepy for the most part but most of the humour comes not from the script but from the performances. Firstly, Amanda Donohoe portrays Lady Sylvia; she is the main antagonist and probably the best performer in the film. She portrays Sylvia is such a way that is not too far off of noir’s femme fatales. She is dangerous and sexy in equal measures without being too revealing of her true nature. Donohoe gives a snake-like quality to her performance which works well since she has a hypnotic gaze and coils around the other performers. In doing so she inadvertently makes the film’s main image, she is in a basket like a cobra,  completely comical as she slivers out of a basket. It works as an image since the idea of a person acting like a snake is creepy but, in my eyes at least, its funny the second she moves.  Although she does have the best gag involving a monologue, a hapless victim, and a well-timed doorbell.

Secondly, there is Capaldi though early in his career he manages to hold his own against Donohoe. He is the opposite of Donohoe in performance as he has a boyish charm that you can’t help but warm to. He is excitable as a puppy and gives the more serious moments much more heft since he looks like he knows what he is talking about, but his performance has an air of irony throughout. If you look at Barry Bostwick from Rocky Horror then you can see where Capaldi was pitching his role; he takes everything seriously but there is a knowing look of “This is silly” in his eyes. From the moment where Capaldi says his first line to the end of the film, you know that he is having fun and giving his all. It’s enjoyable to watch since this early in his career he already has a commanding screen presence. Lastly, there is Grant. His performance is the oddest; not for being bad but for how close it is to some of his later roles. He plays a slightly dimwitted, wealthy person who wants to do the right thing. I feel that this performance is a prototype for Grant since he would be much better known for similar performances in romantic comedies. However, its fun to watch as he plays the straight man for most of the film; he has a good back and forth with Donohoe where he is duped into believing her and looks like he is falling for her.

In the end, this film is, much like the original novel, a peculiar creature in and of itself. It’s not the most horrifying film to come from Russell but it more than makes up for that in the humour, both intended and otherwise. The performances are fun to watch and hold up well; whilst being a good stepping stone for some of the cast to be much more well known in the latter part of their careers. The overall look of the film is nice and fits in nicely with the later era of classic Hammer. As long as you can accept the film will not scare you too much then you will be pleasantly surprised with this chilling comedy. 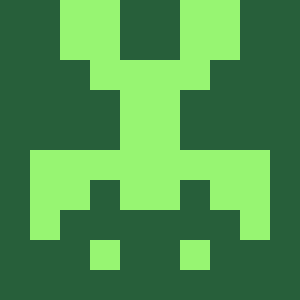