In Fabric – “horror comedy in a stunning red dress”

It’s the 1993 January sales, and Sheila, a bank clerk living in a Thames Valley town, needs a new dress for a date. She visits the local department store, where the persuasive shop assistant Miss Luckmoore sells her a red dress. It’s the only one of its kind ever made, which is all for the best, really. The dress has a nasty habit of killing the people who wear it. The film contains two stories, staring with Sheila’s and then moving onto the young fiancés Reg and Babs. None of them are going to make it out unscathed.

Neither was Berberian Sound Studio a giallo, despite the giallo’s influence. This makes In Fabric the odd-man-out. There is a clear euro-horror influence on the film, and the film is indeed a horror – actually a horror comedy. The euro-horror influence is particularly apparent in the department store scenes, with touches from Dario Argento’s Suspiria and the films of Mario Bava. The shop assistants could have sailed right out of a European gothic film. But the store is also peculiarly British, giving the impression of being trapped in the British 1950’s, 1960’s and 1970’s. The shop uses pneumatic tubes for customer payments, their advertising style is at least twenty years out of date, and the television advert we occasionally see reminds the viewer of cheap local commercials you could see on regional ITV transmissions, back when they existed. The effect is not simply to remind you of the past (I am just old enough to remember these things from my childhood). It confuses your sense of time. It’s not simply that you feel you’re no longer in 2019, but that you’re really not certain what year it’s meant to be.

This sense of unease is not helped by the shop’s assistants. Miss Luckmoore may be a persuasive saleswoman, but she approaches retail as if it’s a sacred duty. Her dialogue is more suited to philosophical aesthetics than a department store. Whilst most shop assistants will ask you if you are happy with your purchase, Miss Luckmoore will ask you ‘Did the transaction validate your paradigm of consumerism?’ It is both disconcerting and amusing, leading to a moment when Sheila exasperatedly tells the shop manager that she has no idea what he’s talking about.

The level of absurdity in the film constantly changes depending on where we are. Sheila’s house is by far the most naturalistic location, and the department is definitely the weirdest, but sometimes the town of Thames Valley on Thames feels like a southern version of The League of Gentlemen’s Royston Vasey. Sheila’s bank is managed by two men who refer to lunch as ‘feeding time’ and tell her that her handshake isn’t quite right for the bank’s image. Reg, a washing machine repairman, is able to induce sensual ecstasy in people by describing in a monotone why their washer doesn’t work. There is a great risk that the film could be unfocused tonally because of the shifts between the real and the absurd, but this never happens. Strickland is too good a film maker to let it.

Both horror and comedy are frequently absurd things; it’s not a coincidence that the department store is by turns both comic and horrifying, both in imagery and sound. Sheila’s home and Reg and Babs’s home seem comparatively safe from the absurd, even if this feeling is ultimately an illusion. Illusion or not, though, that feeling helps ground the protagonists as real people. Oddly, in many ways this is not a story about a cursed dress. Sheila is dealing with the aftermath of a failed marriage and a rocky relationship with her teenage son. She is trying to build the confidence to start dating again in her fifties. Reg has a constant fear of confronting people and standing up for himself, whilst it is implied that Babs is dealing with body dysmorphia. They have their own lives. It is just a matter of incredibly bad luck that they encounter the dress.

Strickland seems to have a little more respect for Sheila than for Reg and Babs. When Sheila tells her bosses a dream about her mother, it’s poignant, but when Reg relates his own dream, it’s played purely for comedy. It works as comedy, and is suitably grotesque, but Strickland’s attitude towards his characters means that Sheila’s story is slightly more affecting. On the other hand, the end to her story feels a little rushed, whilst the end to Reg and Babs’ story is more satisfying.

Whilst the comedy frequently made me laugh, Strickland also knows how to shock and horrify. The look and sounds of the film can be very disconcerting, turning a shopping trip into an absolute sensory nightmare. Sometimes we get to see behind the scenes of the department store, and everything we see just makes it worse. What exactly is Miss Luckmoore? What exactly are the mannequins? Most of all, what is it about the dress? Miss Luckmoore knows what the dress does, but the store may not be able to control it. When Babs wears the dress whilst visiting the store. Miss Luckmoore clearly panics, insisting that Babs leave right now. When the film’s climax erupts, it doesn’t seem as if anyone can master the chaos, let alone the department store’s workers. Meanwhile, outside the department store, a car journey, a washing machine and a stag night all become objects of horror or distress. It’s as far away from laughter as you can get.

One of Strickland’s strengths as a director is getting the best out of his actors, and In Fabric is no exception. Marianne Jean-Baptiste gives the best performance as Sheila, but there is not a weak link in the entire cast. Fatma Mohamed also stands out as Miss Luckmoore, because her role requires the audience to see her in a variety of different lights: comic relief, demonic tempter, or convincing false friend. We need to laugh at her and be unnerved by her, and Mohamed is incredibly good at walking this tightrope.

In Fabric succeeds where so many other horror comedies fail. It moves constantly between horror and comedy with something close to perfection. 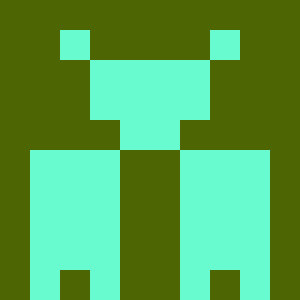